The first quarter of 2018 is coming to a close and I have very little to show. This is not a great start to the year in Gunpla. I have however, been practicing my photography making use of various lenses, shooting in the city, in the woods, and in my home: wherever the light touches! It's been an exhilarating feeling practicing and getting to know my camera better. Nevertheless, There is about a week left of the Cannon Fodder Contest and I am very much behind schedule. So I'm finally away from the woods, away from the bustling streets of Beantown and I'm back in the house, sniffing paint and cutting my thumb! It's time to burnout on Gunpla again! 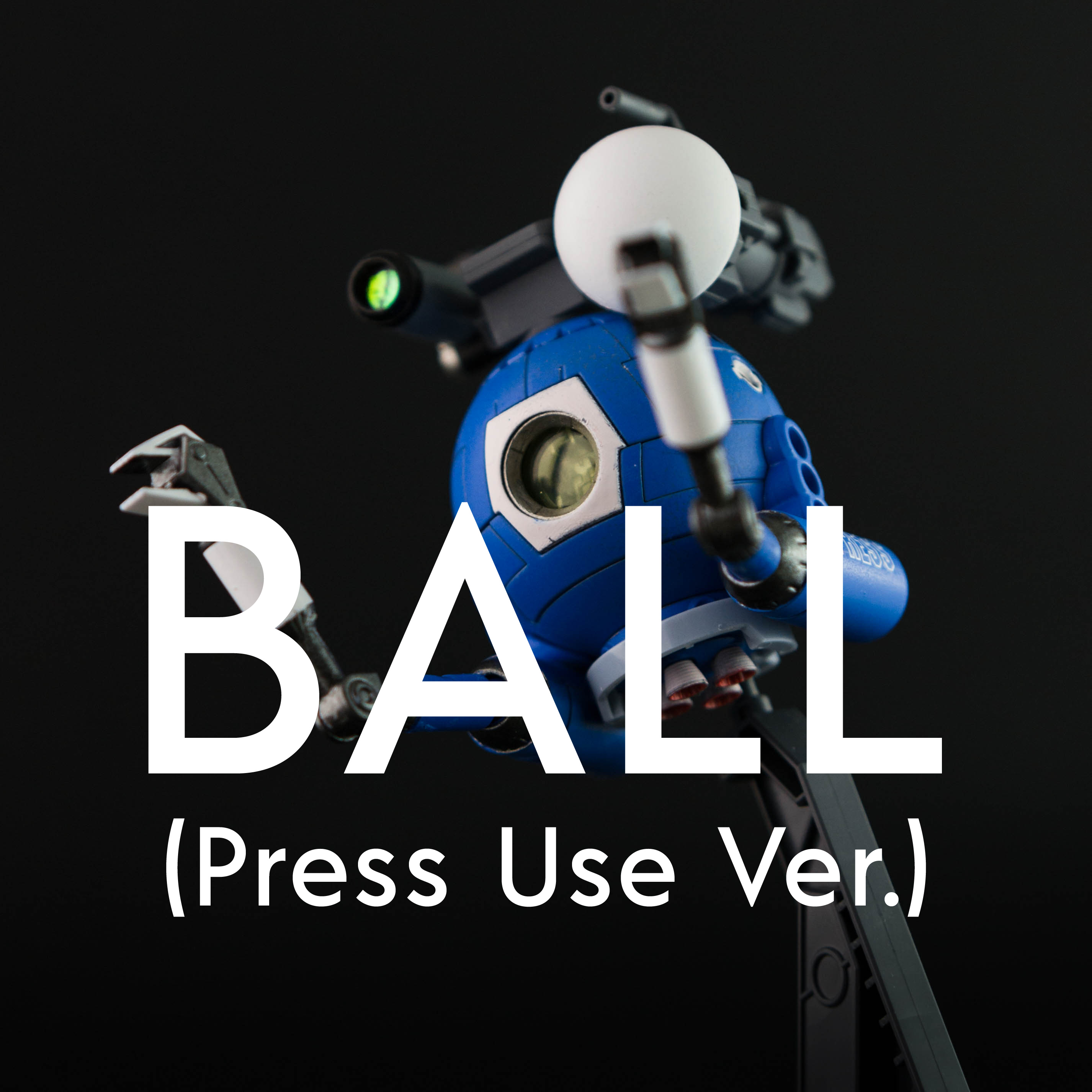 In this article, I wanted to quickly focus on the subject of the build, the "Press Use Ball." This is a concept I came up with specifically for this contest. I drew inspiration from war journalists along with a variety of television news vans.

Instead of creating typical war machines, I wanted to put a unique spin to the build while keeping the war motif that is integral to the Universal Century. I had my mind on making a reconnaissance vehicle similar to the EWAC suits that already exist in the lore, but I decided to take it a step further and make a civilian use vehicle (like one of my previous builds). Enter the war journalist! I started with trying to make something that looked like a camera. With a little tip from my brother, I created a camera using various weapon parts from the HGBF Amazing Red Warrior (or specifically the HGBC Kurenai Weapon).

A part of me thought there'd be no need for a camera this large (for Television), but then I thought of concept of mecha as a whole and what reason there would be for handheld weapons of that size. Rather than going down the dark rabbit hole of practical reasoning, I just accepted that there could be a camera of this size in the Universal Century.

After straight building the HGUC Ball Twin Set, there was life. The project was put down for the next two months. Other than playing around with some parts, no major progress mas made until about a week ago. 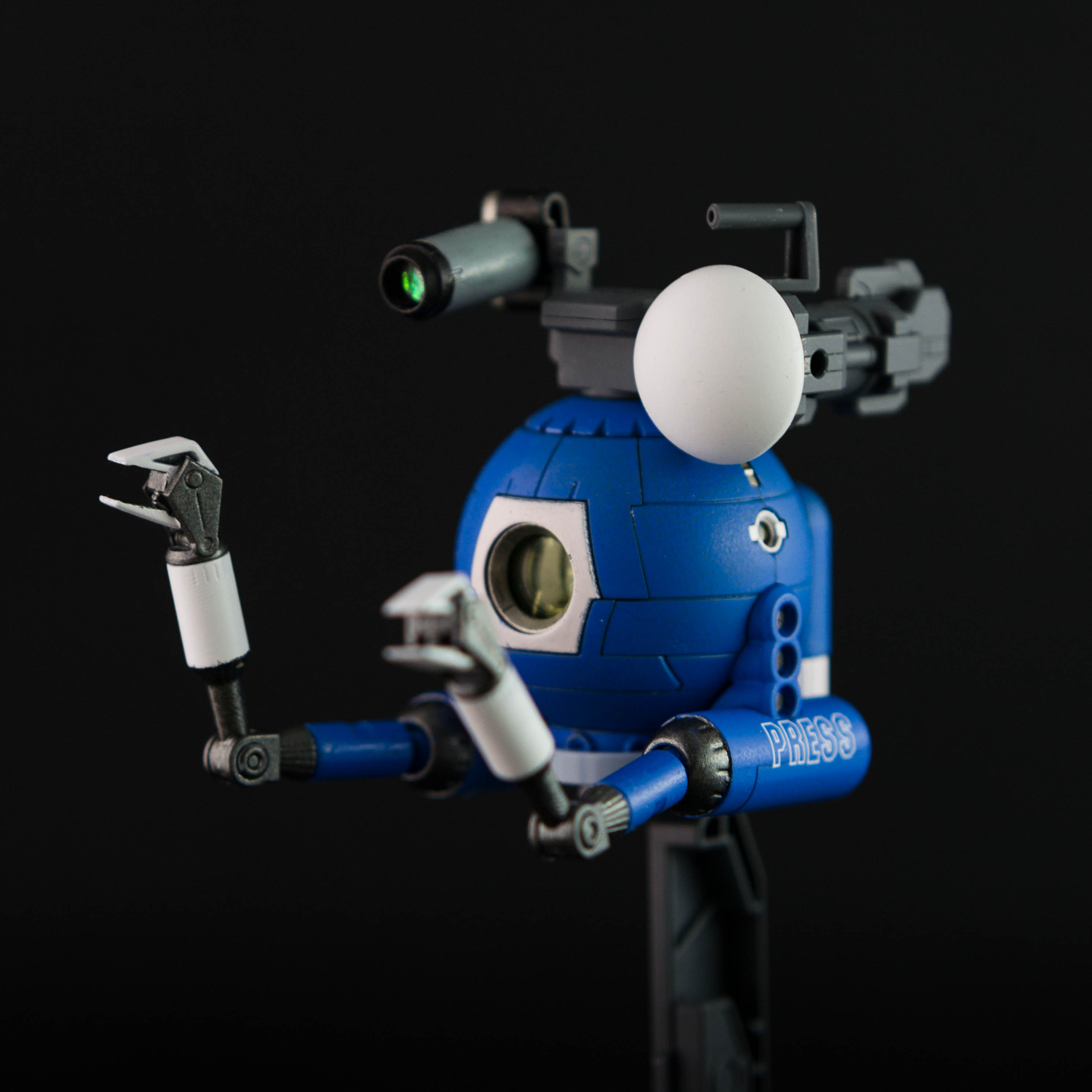 I finally took the time to paint the parts of the first Ball and put it together! The camera is attached via a joint found on the Kurenai Weapon which is attached to the Ball's original gun mount. On the other side is a radome-like object that I had concocted after playing around with a bunch of spare parts I had collected over the years. It is mainly composed of a Gatling gun body (Customize Campaign 201X - Set A) with the Hi-Mock blank head from the HGBC Mock Army Set connected via PC06 (the neck joint). The upper handle reminds me of larger professional cameras that would have a similar handle position, and the fit of the Hi-Mock head was such a happy coincidence. I was originally going to grab a Builders Parts Radome to mount on the Ball, but this worked so much better. 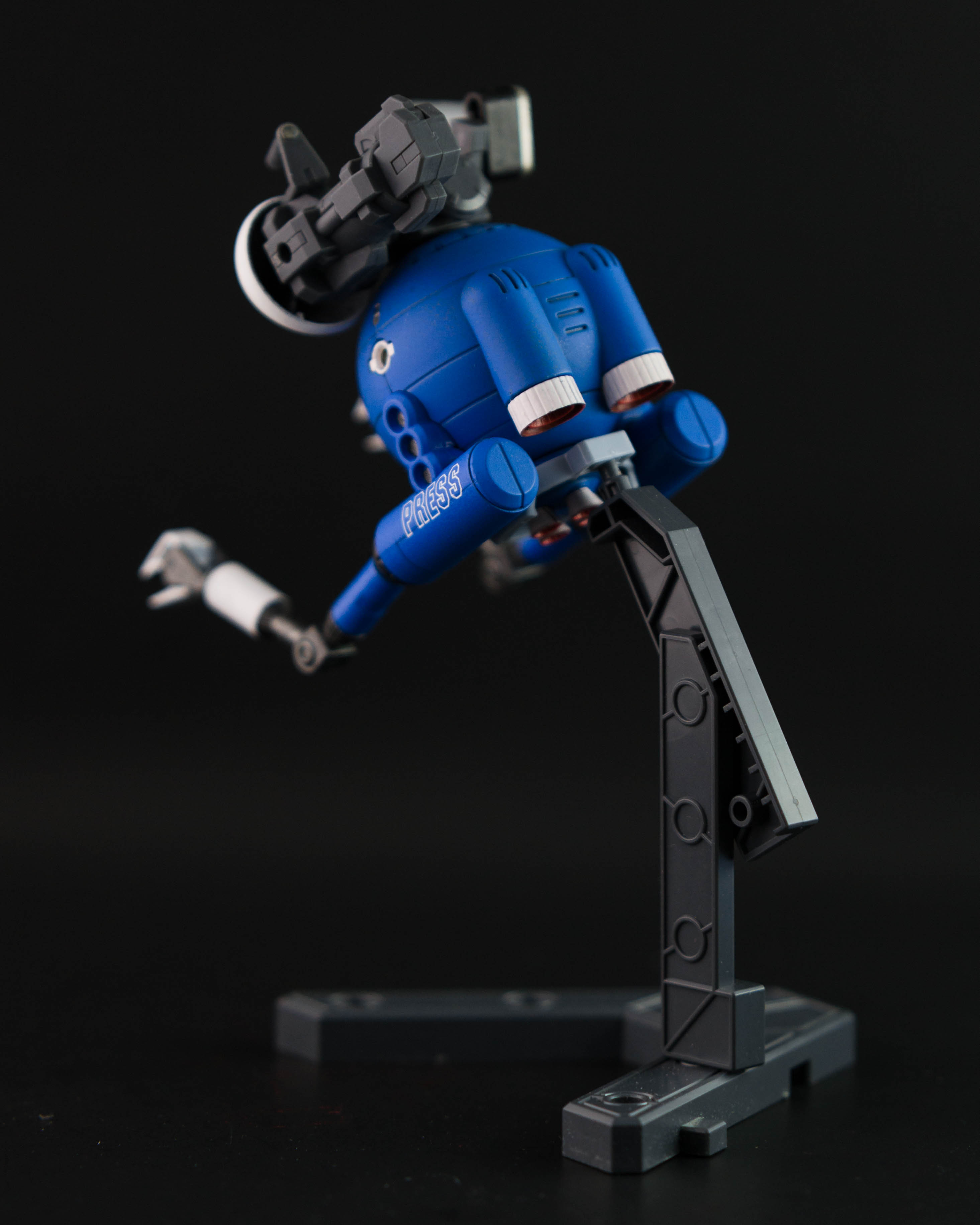 The general colors involve RustOleum gloss blue and gloss white with a topcoat of Mr.Hobby flat topcoat. The flat top coat really softens the colors and makes for a much better looking surface. Something I haven't been taking advantage of in recent builds.
The "PRESS" Decals are from the Outline Letter set from Ocean Spirit (purchased from the USA Gundam Store). I decided to position each label on a different angle as if it were view-able from different angles. 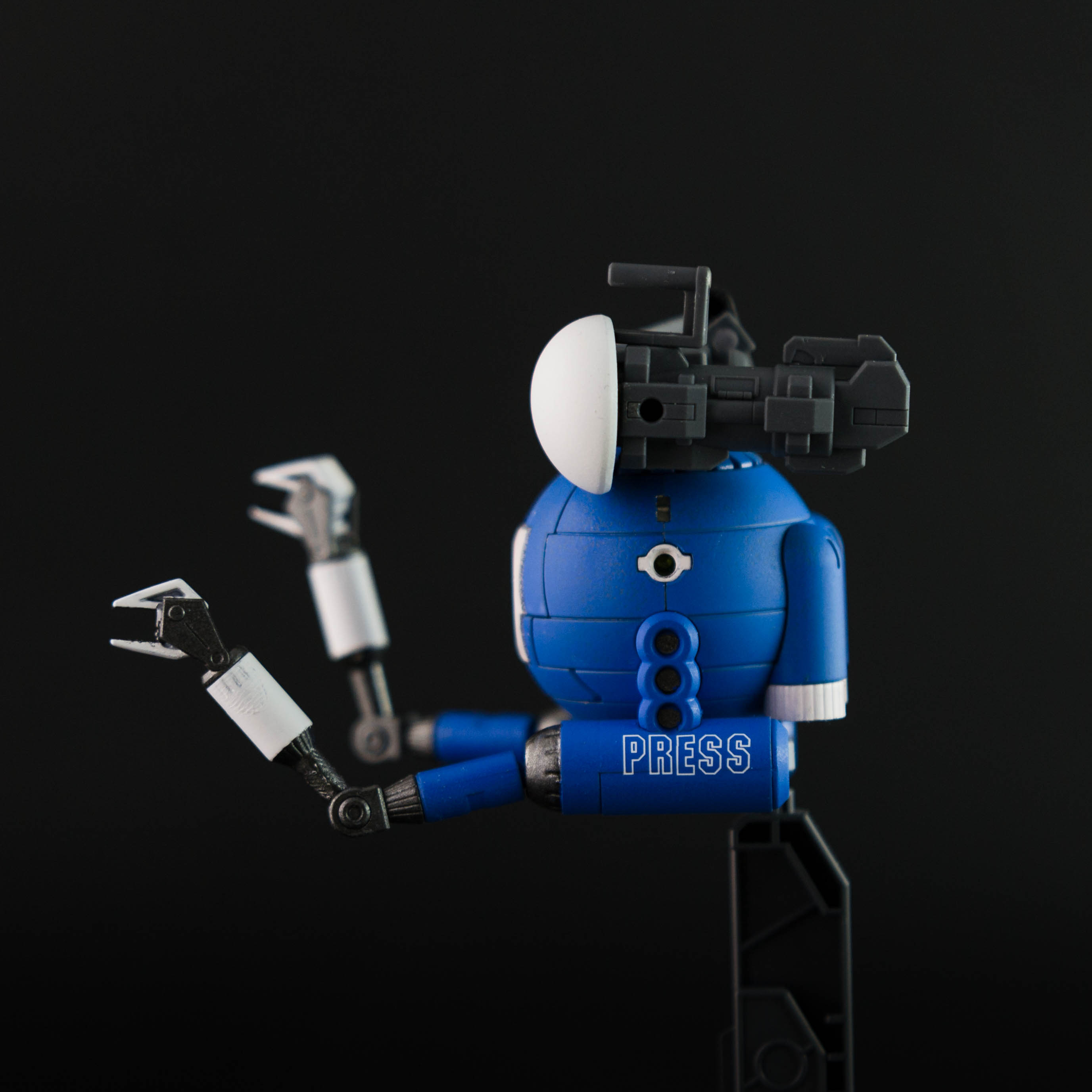 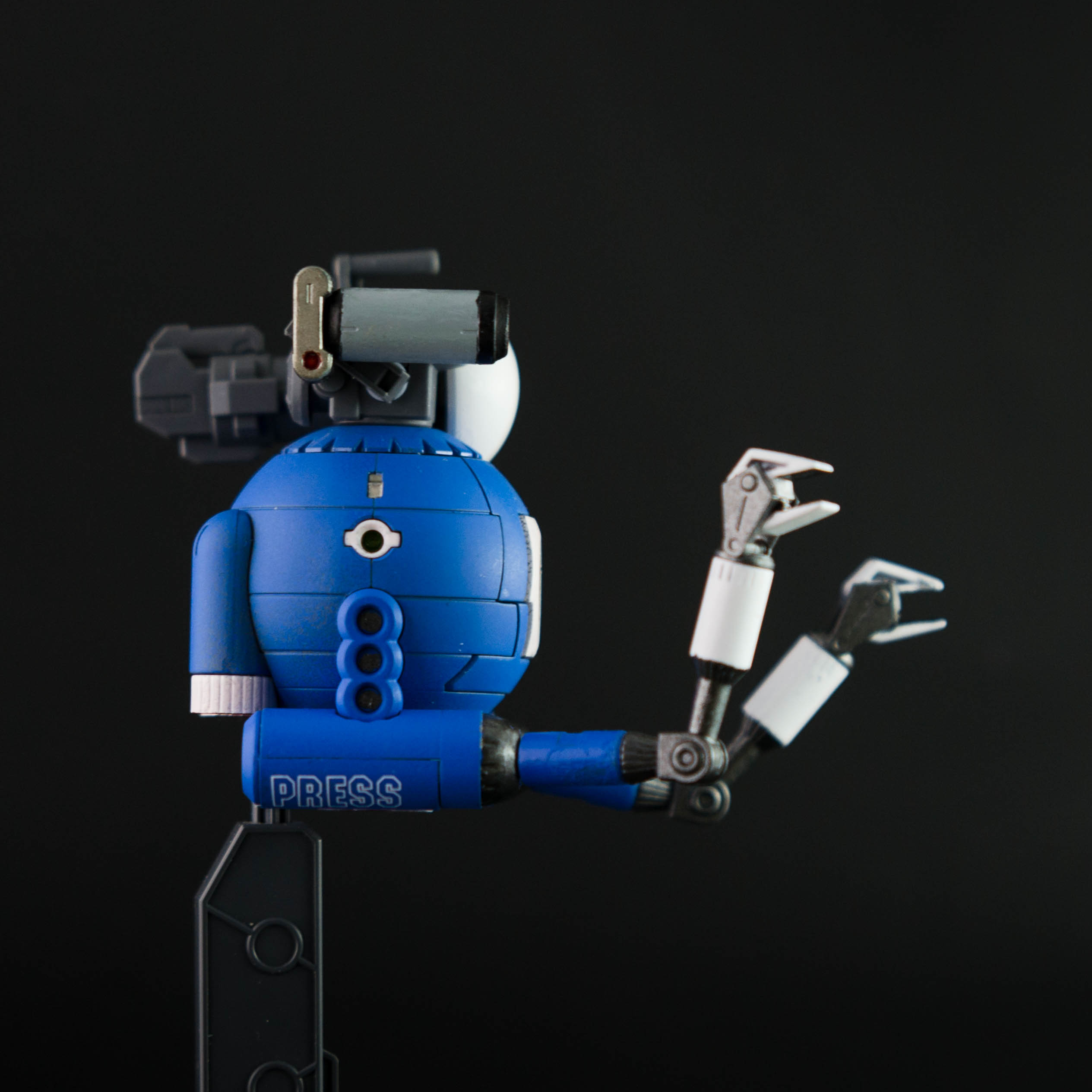 Unfortunately, any of the current labels are not seen from the front and back, so it'd probably be best if I added more. I'm currently on the fence about adding more since it'd be time taken away from making progress in other parts of the build: will probably come back to this after I make enough progress on the diorama that I want to make. 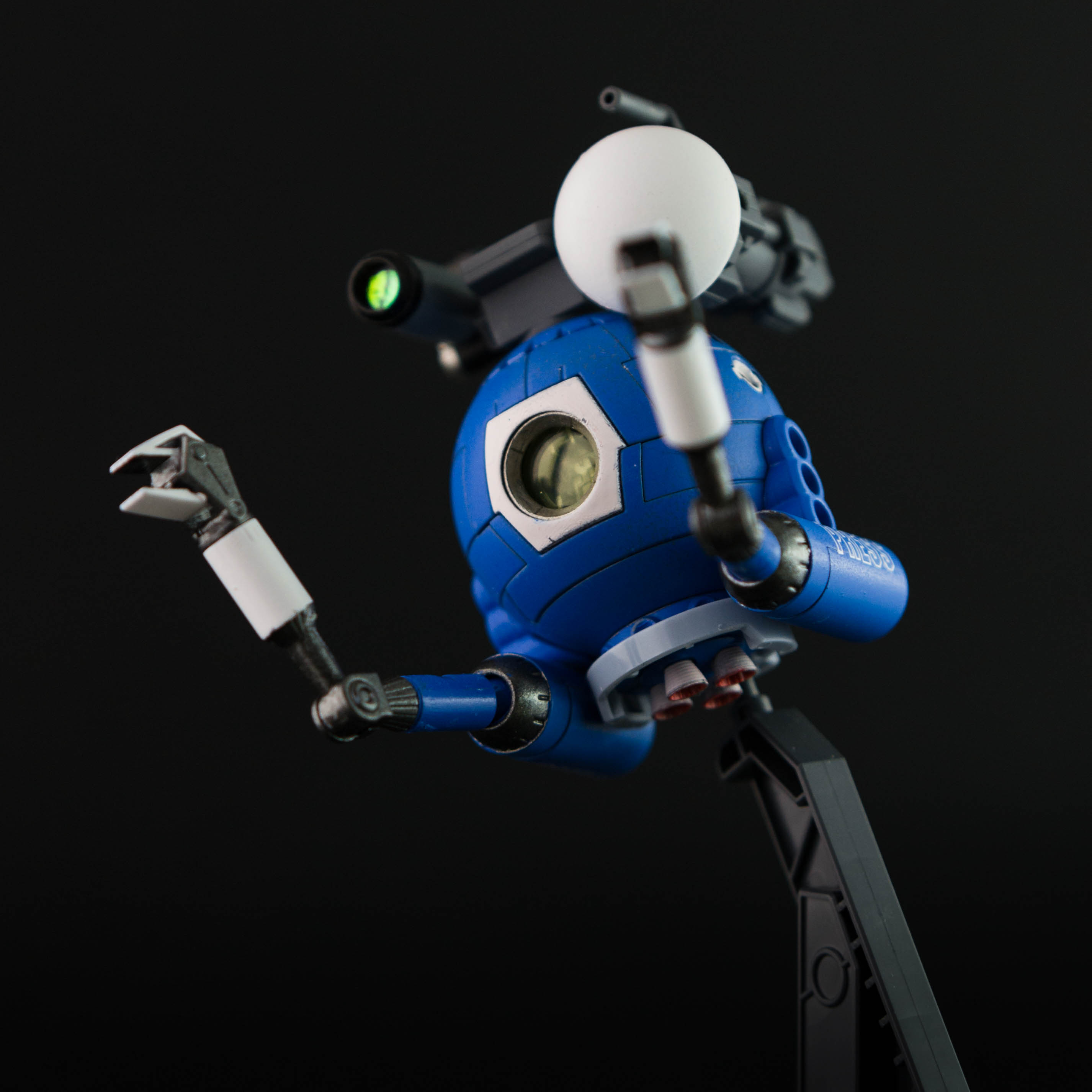 Overall, with the lack of moving parts, the build was pretty simple. Let's just hope I can make enough time to finish the rest of the build.
Posted by Unknown at 7:41 PM No comments: