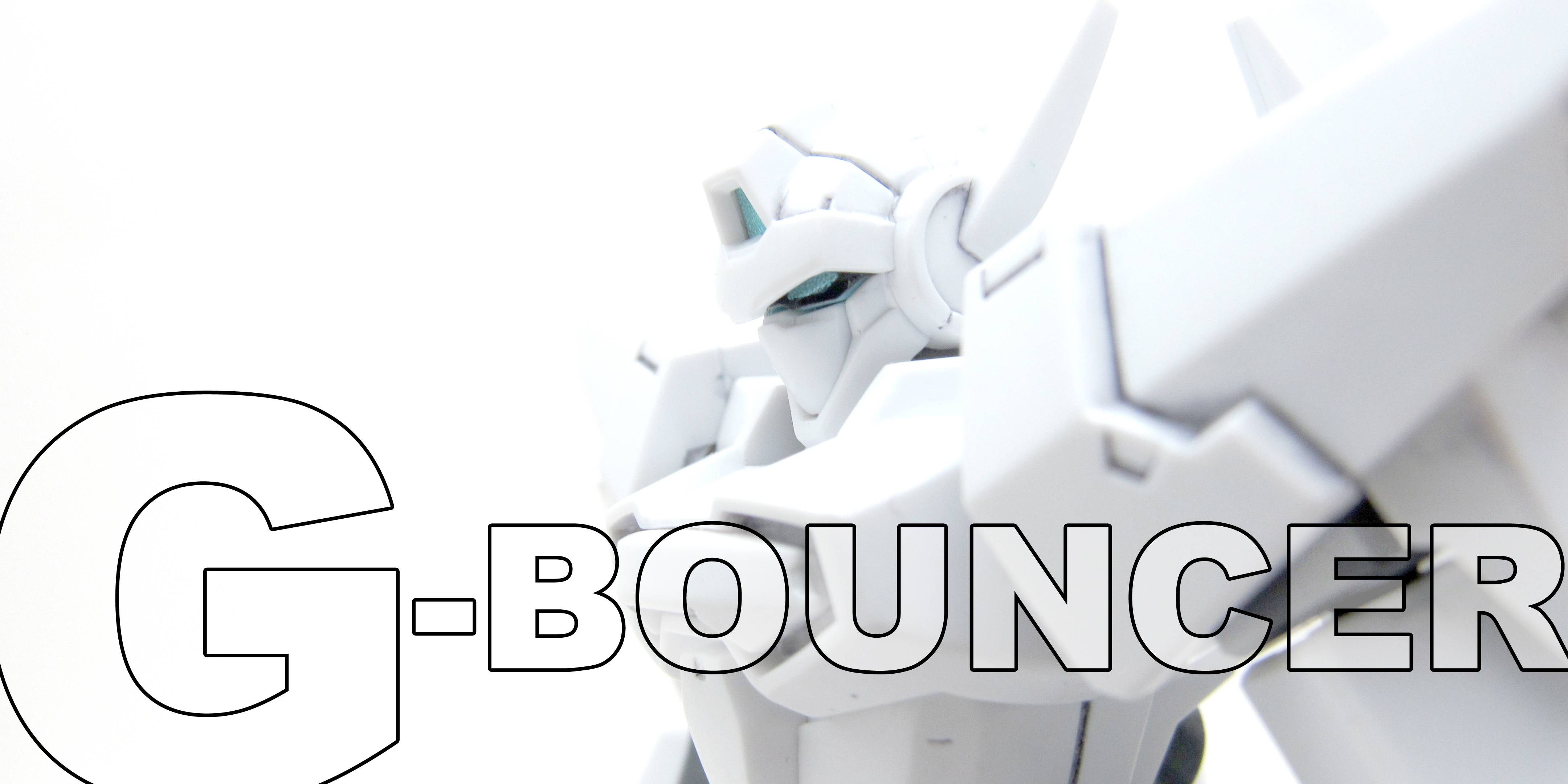 For those expecting the MG RX-78-02, I apologize for failing to post the article. I am still working on it. Fear not, I have not given up on the article!

In the latter half of 2014, I started collecting HG AGE kits to form the Second Generation Diva Crew. Looking for the suits required for the team, I realized the G-Bouncer was quite a rare kit and was sold out pretty much everywhere or sold for 1000+ USD on Amazon third party sellers. I decided to hold off on collecting more mobile suits for this project until I found the G-Bouncer.
Fast forward a year and a half later our friend over at Gunpla Works spots the kit restocked at Gundam Planet. We immediately jumped at purchasing Diva's pure white suit.

Background
After a 26 year jump in the Advanced Generation alternative universe, the ongoing war between the Earth Federation and the Unknown Enemy (later known as the Vagan) continues. The flagship carrier, Diva, also continues its service in the Earth Federation, holding the AGE System and the Gundam affiliated with the system. 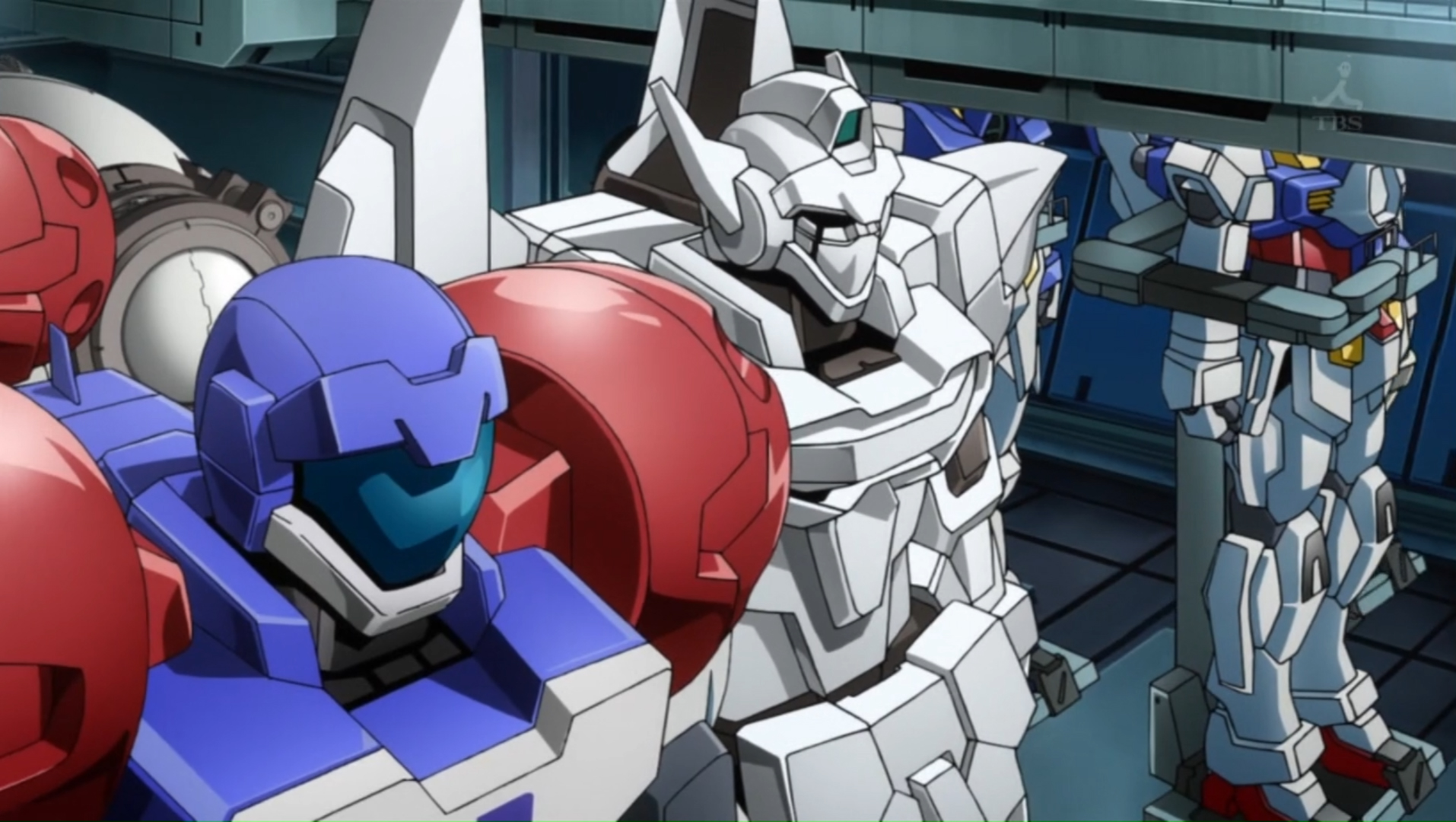 Among the crew is Wolf Enneacle, now the commander of the mobile suit division. The White Wolf continues the trend of customized mobile suits with his latest, the G-Bouncer, successor to the G-Exes and the Genoace Custom before it.

Thoughts
I was too excited to wait after obtaining this kit. I got back home on Sunday and immediately opened the box and assembled the kit well past my bed time (and subsequently showed up late to work on Monday). Assembling the AGE-1 Spallow, Adele (Diva Colors), and Genoace Custom, I found the G-Bouncer to have a familiar feel despite building all of those kits well over a year ago. 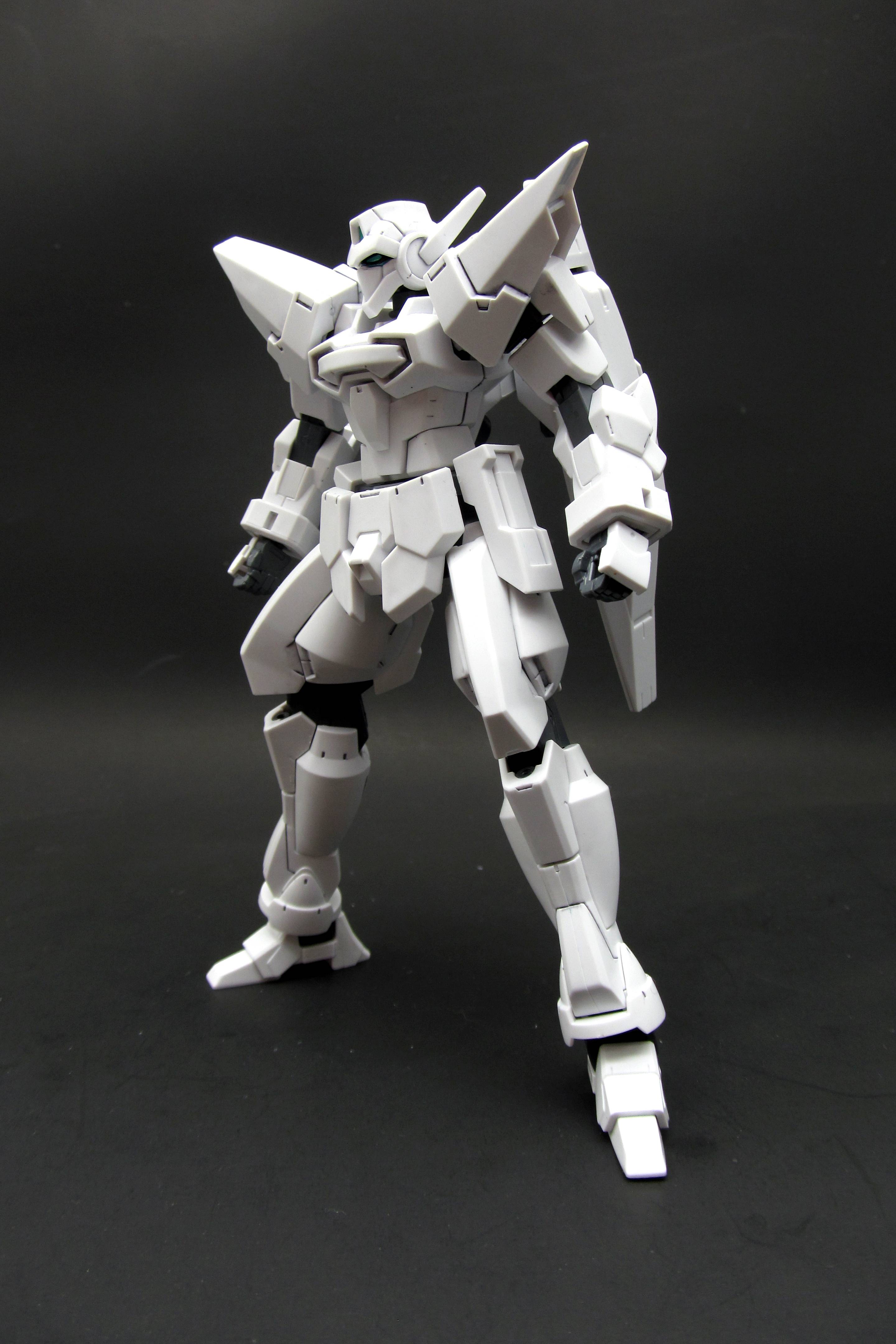 Like the HGUC Unicorn Mode Unicorn, I enjoyed the near monochrome color scheme because it requires other methods, whether it be surface detail or the overall shape to stand out as a suit. rather than flashy colors, effect parts, or accessories. The G-Bouncer's sharp angles and sleek design, paired up with moderate panel detail, make for a stellar looking kit.

While assembling the G-Bouncer, I realized the kit's legs share a similar build to the AGE-1 Spallow. There are quite a few aesthetic differences, but the core structure and overall shape remain the same. 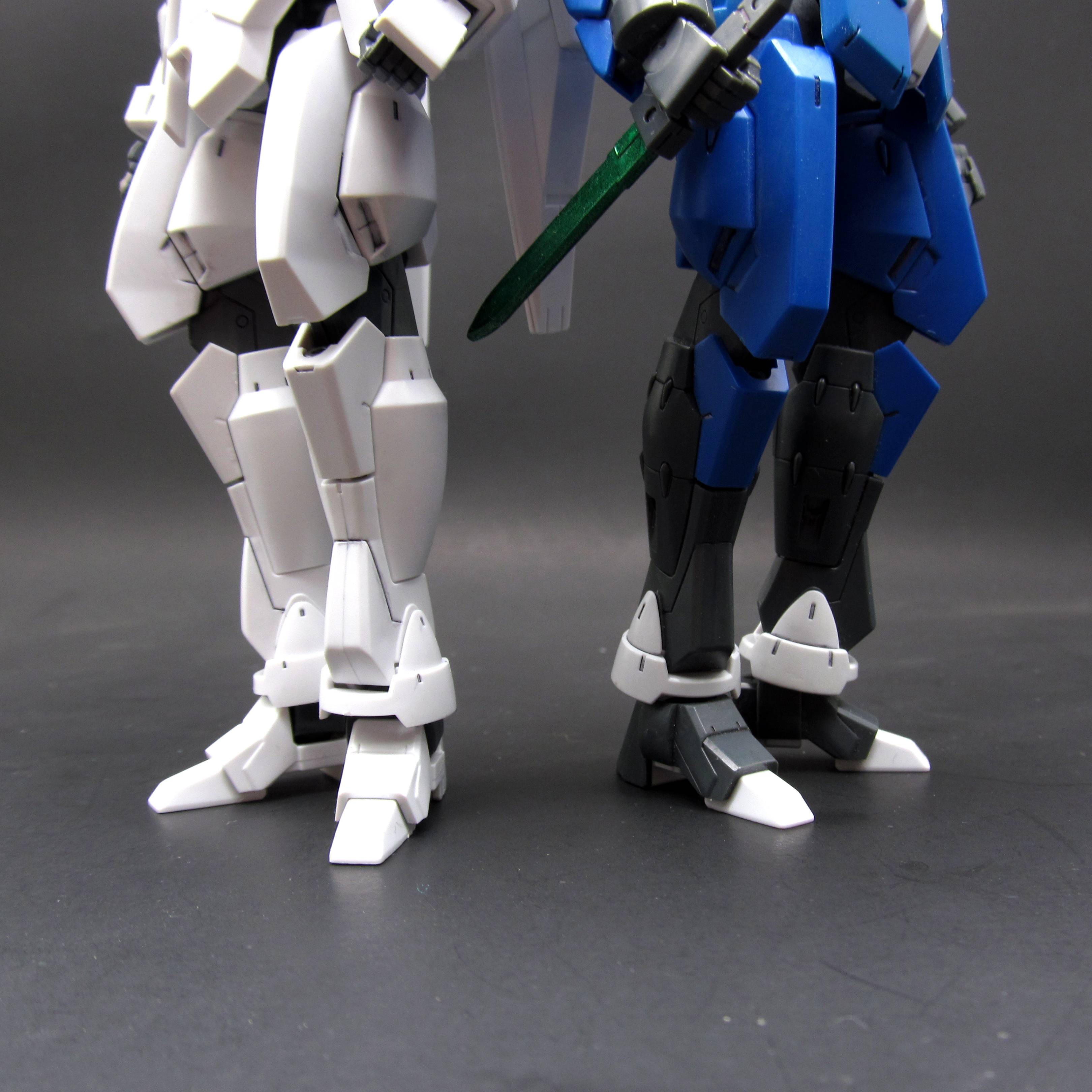 Articulation is as good as most HG kits typically are: moderate with the interest of structural stability. One issue I had was the rear thrusters. These large Tallgeese-like objects do not move around as well as I would like. They certainly look good though. 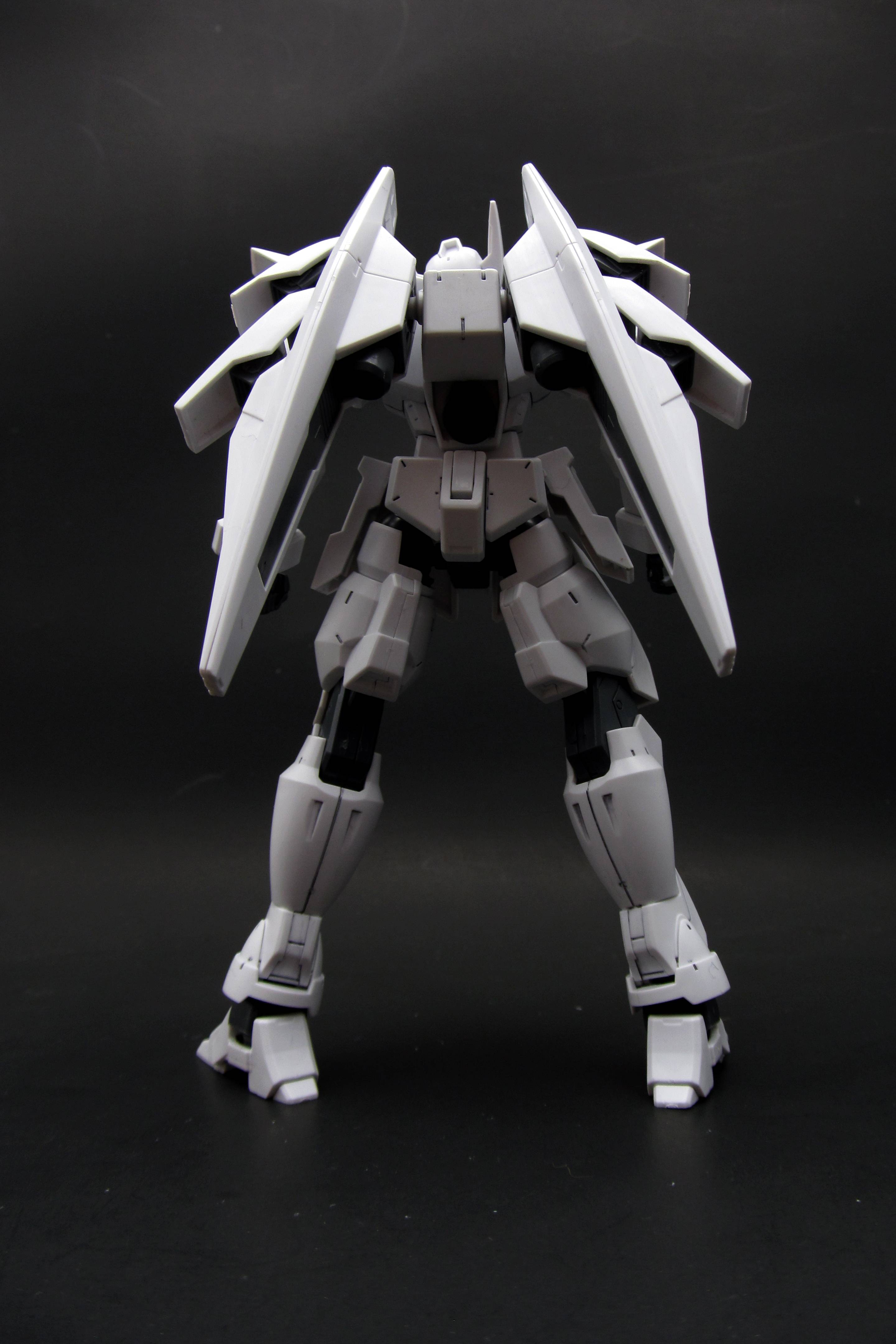 Accessories are far and few in between, but unique to this kit: G-Bouncer's iconic DODS Rifle and shield. Not even the modified G-Bouncer, G-Xiphos has these accessories! The more iconic item of the two is the shield: where previous suits had Woolf's emblem, this shield is made in the shape of his emblem (to a certain extent). Withe the accent of clear green, it is definitely a defining feature of the G-Bouncer.
The main feature of the shield is the fact that the green piece detaches to create a short blade (comparable to Spallow's Shiguru Blade). I am not particularly fond of this feature, but the blade us quite snug while attached to the shield. 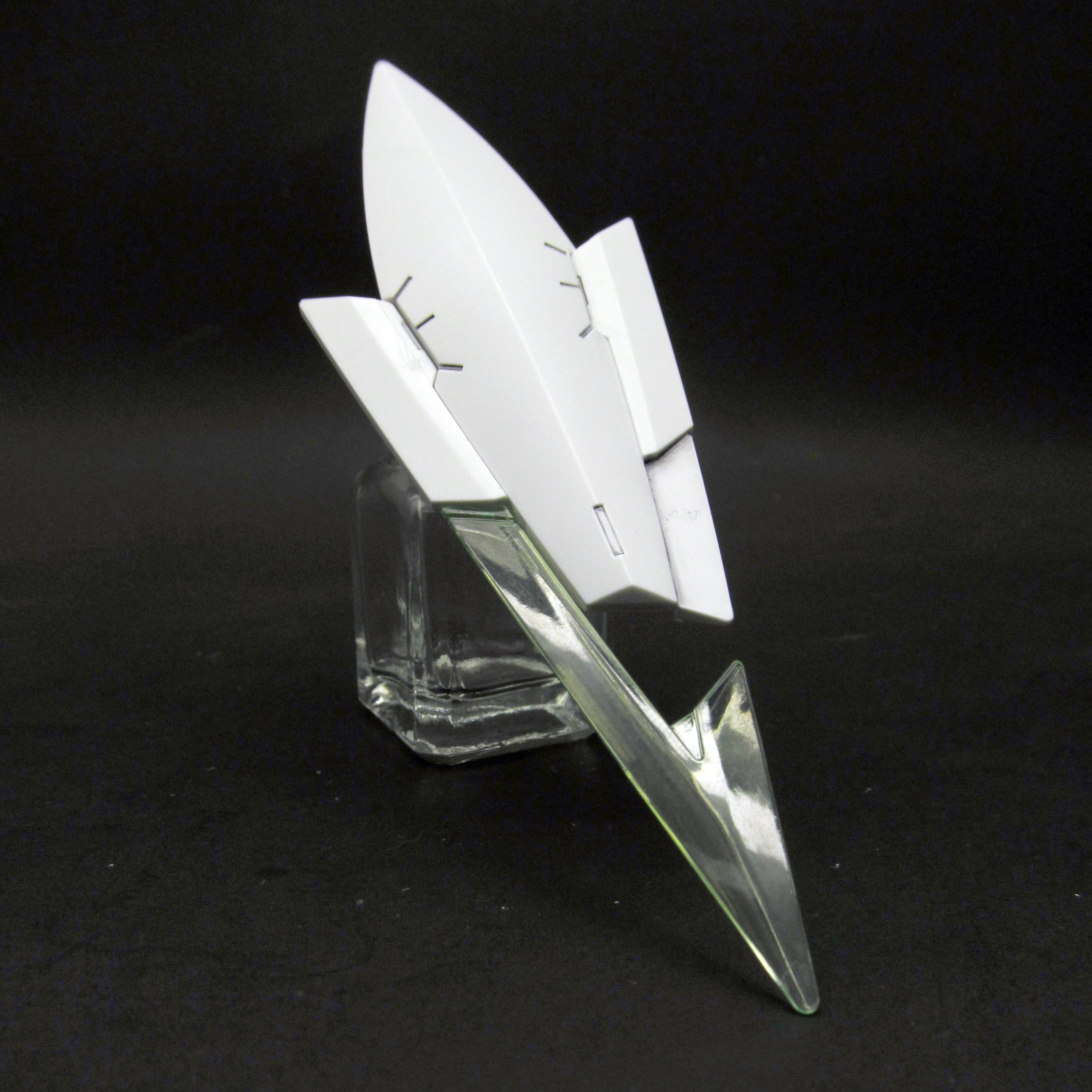 Overall, the build is as much as I expected from a kit in the HG AGE line. With the amount of hype produced from the rarity of this kit, I was not upset, but I was certainly disillusioned by the fact that this is a regular production HG kit: not a GFT kit, not a special coating version, not a P-Bandai kit. I am happy this disillusionment happened. If I waited any longer, I may have spend more than I should have for this very regular HG kit. 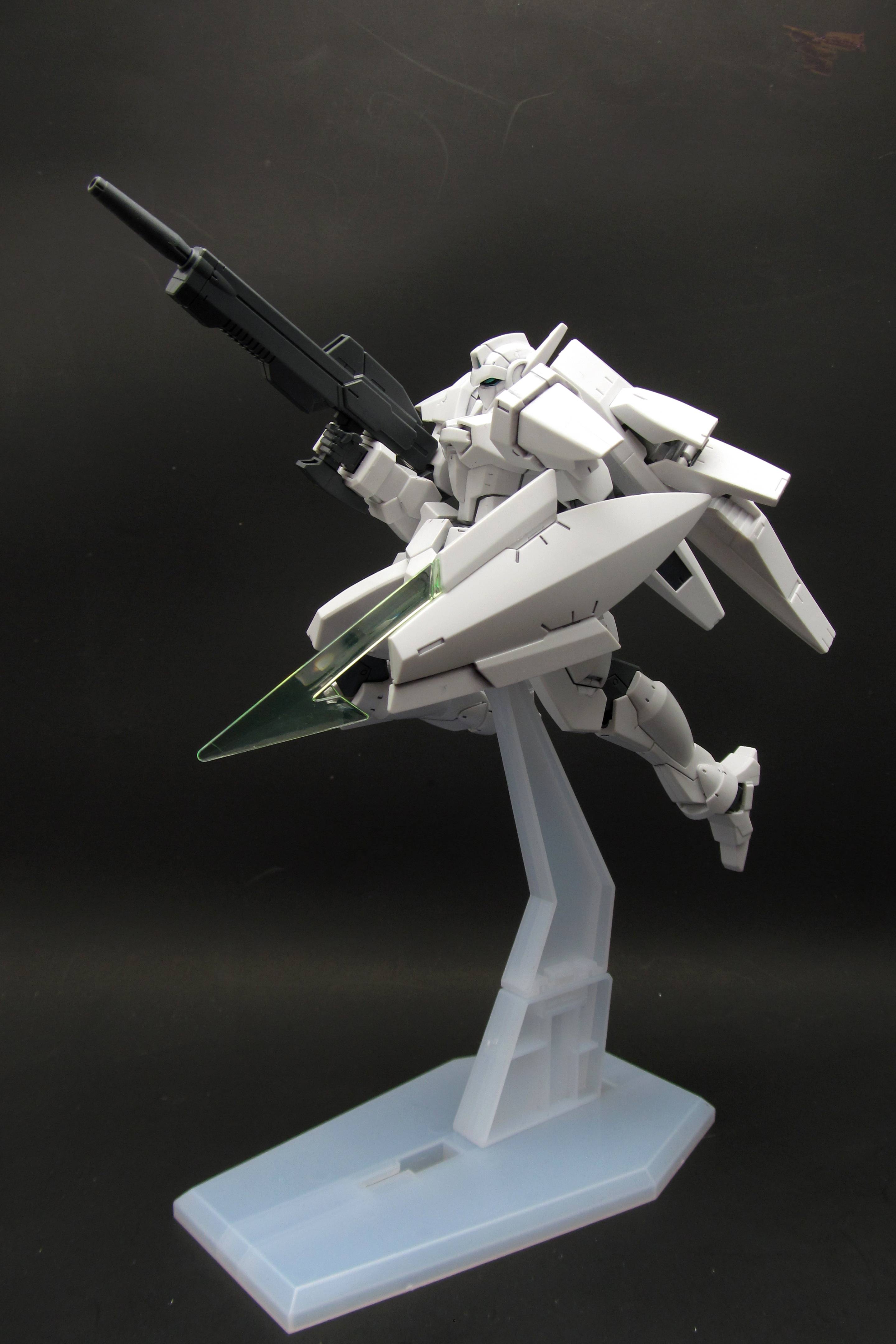 If you happen to also want this kit and have been waiting for over a year, let me just say the kit is great, but it is certainly not an end all be all kind of kit: there are many other kits with amazing engineering, surface detail, and lower cost. Now that the kit has been restocked, the price has normalized and my opinion does not really matter. However, if the kit becomes scarce again, I would steer away from this coveted kit and find another one. 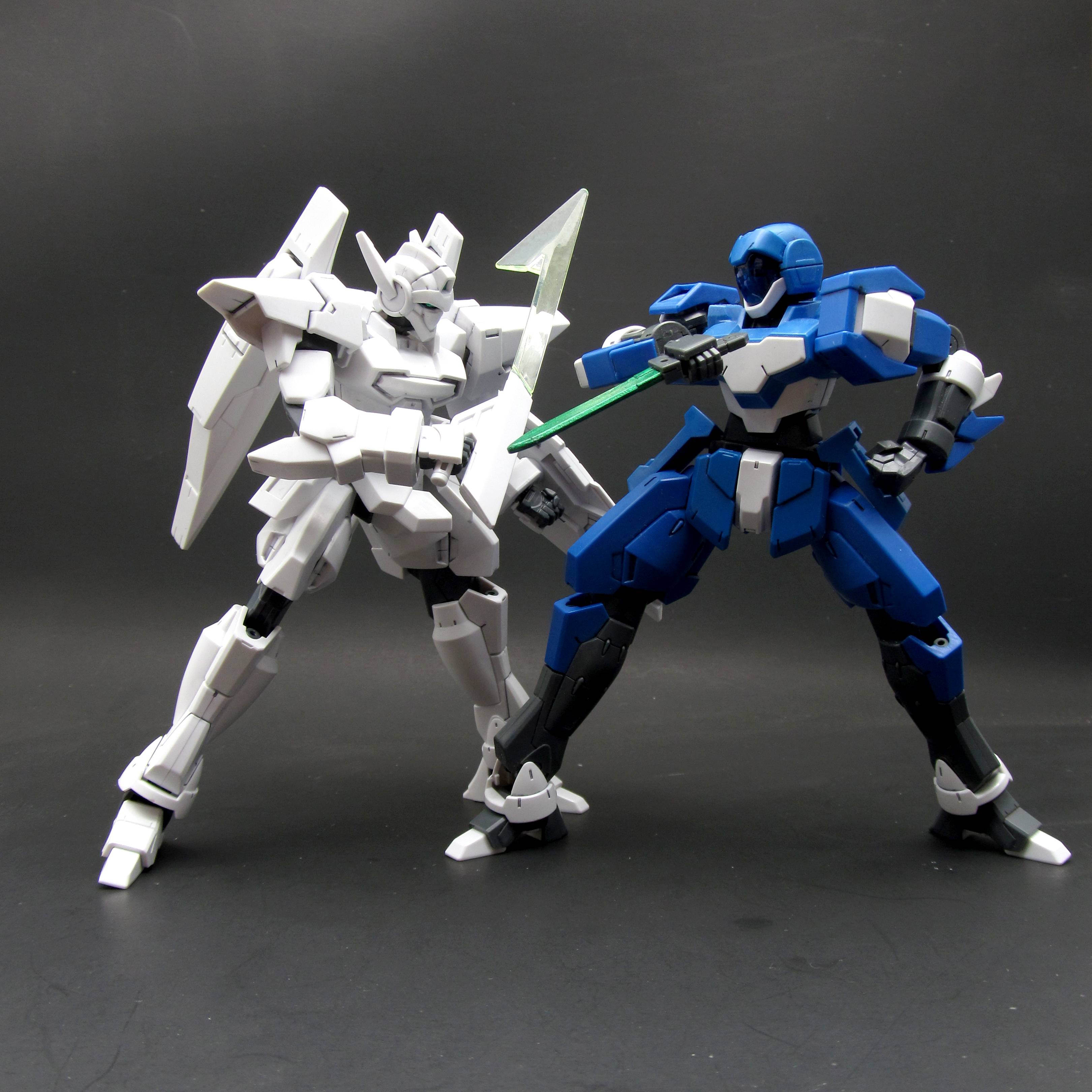 Thanks for reading, and I apologize for taking so long to post an article (since May). If you read my article, "Absent Without Leave," you will know I created an Instagram account. If you did not, now you know! Once again, I am not particularly seeking a larger audience through Instagram. Rather, I want to offer another window into both my scale model and photography hobbies. If you are interested in following me, head over to https://www.instagram.com/gundariumsmith/ to start! 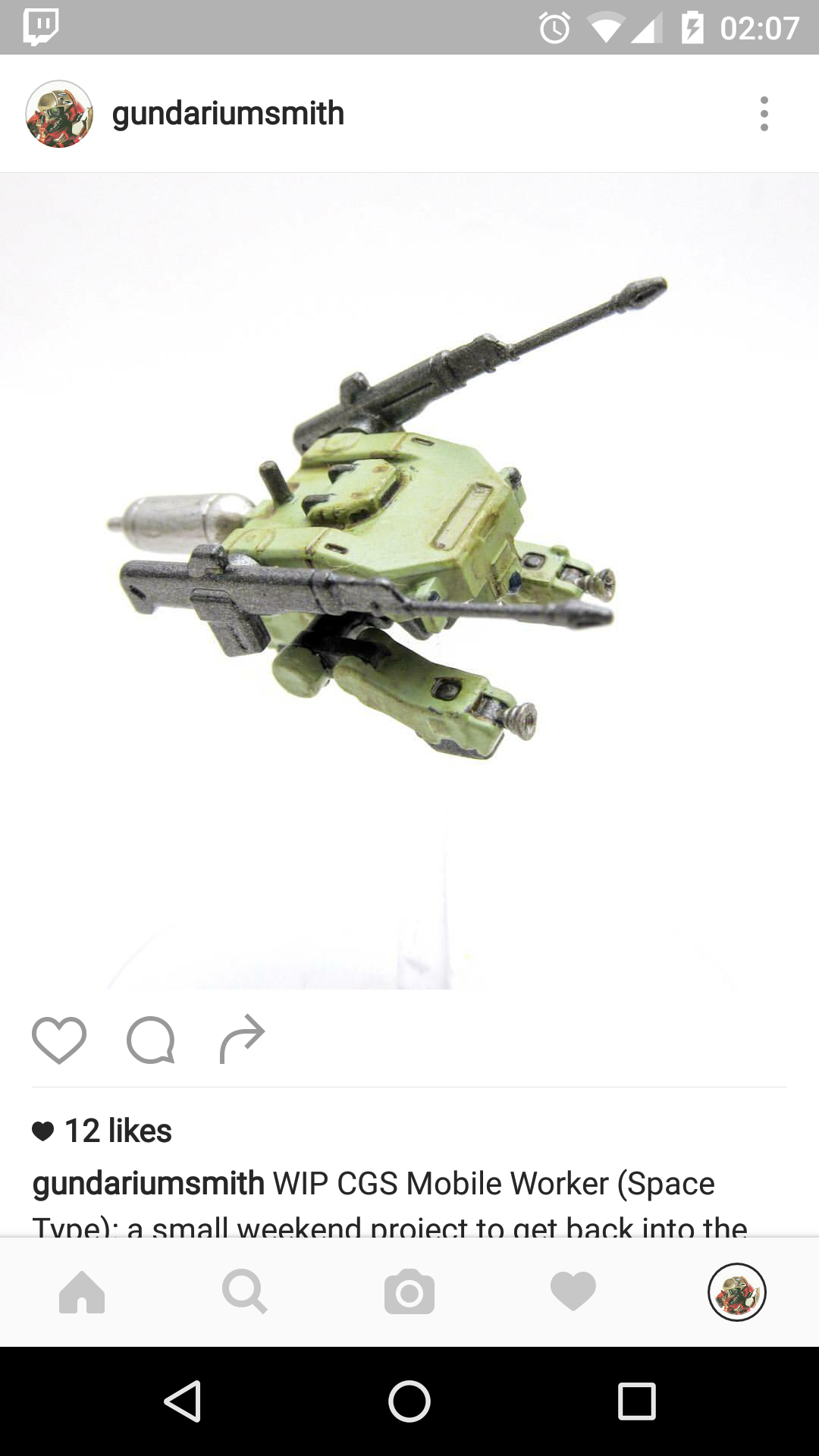 Thank you once again. Hopefully I'll be back soon!
Posted by Unknown at 6:19 PM