Ahh yes, it's that time of year again. Time for many of the content creators to look back through the year, find the highlights, and provide a summary of the year's achievements. I definitely want to hop on that bandwagon and reflect on this year as well, especially with certain points written in last year's article.

With articles such as these, I do not share the post on reddit, as this is more of a personal perspective rather than a Gundam/Gunpla centric article. So if you find this article and end up reading it, I thank you for stopping by! 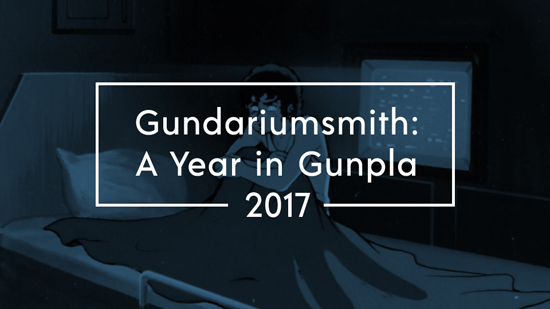 To kick off the year, we wrap things up with a story that started airing in 2015 and picked up again in the latter half of 2016: Kidou Senshi Gundam: Tekketsu no Orphans. It was quite a ride through the past 2 years. The story had a unique enough of a twist that it felt like a fresh take on the Gundam franchise. In addition, Bandai did a great job marketing the toys -- the main kits were engineered to be cheaper while other accessories could be purchased to further customize the base kits. Sort of sad to see the series wrap up.
To follow up the conclusion of Tekketsu no Orphans, another sequel to a popular series arrived, Kidou Senshi Gundam: Thunderbolt. This was later made into a summary movie with an added subtitle, "Bandit Flower". This was not only a great continuation of the Thunderbolt series, but another great addition to the franchise. I'm hoping Yasuo Ohtagaki continues doing a great job with his manga!
The rest of 2017 seems to continue this trend of sequels and continuations. With the popularity of the Build Fighters spin off, Sunrise releases GM's Counterattack and Battlogue, and The Origin gets another installment past the originally announced 4 episodes (with a 6th coming in 2018). With so many sequels and a lack of a new story in October, I felt like Sunrise is milking its current IP. Are they building up a secret project for 2018? Perhaps they're looking as far as the 40th anniversary of Gundam. Who knows, whatever the reason, 2017, in terms of Gundam Anime, felt pretty slow.

...but in terms of Gunpla, we've had quite an interesting year. Glossing over all the High Grades specific to airing TV shows (because of the nature of their near-guaranteed release), Bandai released a large amount of unexpected kits this year. To start, a few highlights in the 2017 HGUC lineup include Barzam and Efreet Schnied as unexpected releases. Moving over to RE/100 Who would have thought Bandai would create a kit like the Hamma Hamma? It is definitely a suit that fits in the RE/100 line.
Even so, the most surprising kits of 2017 has to go to the Master Grade line. From 2015's lineup of 7 regular production Master Grade kits, to 2016's lineup of 3, I was uneasy with Bandai's direction, wondering how many Master Grade kits will be produced in 2017. Fortunately we are back to a regular number of releases this year with 6 Master Grades by year's end. Further unexpected of Bandai was the amount of Universal Century grunt suits created this year -- for the past maybe 4 or so years, Bandai has been creating lead protagonist/antagonist suits in the Master Grade line. Though prior years we've seen a fair share of suits from lead suits to Balls, it seemed Bandai was filling up the queue with lead suits. To my surprise, we got the GM Sniper II, GM Sniper Custom, and GM Command (Colony Type). Now if only Bandai would release a MG Jegan already...

Through 2017 in this franchise, the biggest event in the world of Gundam was, without a doubt, The Gundam Base Tokyo. In the Spring, we saw Gundam Front Tokyo close its doors, and the 1:1 scale RX-78-2 dismantled, all to make way for a new store and a new Gundam statue. Enter The Gundam Base, enter the 1:1 scale Unicorn Gundam!

Needless to say, the franchise is still running strong, and there seems to be no end in sight, but can I say the same for myself?
Personal Highlights from 2017

While 2016 was a year of many transitions, 2017 brought on many new unexpected experiences that make the year a landmark year for myself. Here are a few highlights.

Persona 5: I don't typically see games as a highlight in a year. Rather, I see them as another piece of media to consume. However, I must point out Persona 5 due to the anticipation of its release since the original announcement back in November, 2013 (or even after finishing Persona 4 back in 2008). The game is a solid concoction of style, story, and gameplay, and should have won Game of the Year at the 2017 Game Awards.

Hong Kong and Tokyo: My grandfather passes. I wasn't close due to distance and language, but he was someone I loved in my formative years. For the first time in almost 16 years, I'm in Hong Kong again. Family matters aside, culture shock was strong as the last time I stepped foot on the island, Hong Kong had vastly changed since the handover in 1997. I take it all in, I try to get the most of it, and I purchase Gunpla at amazing prices.

Since I was in the area, I also planned on visiting Tokyo, meeting up with my brother who was just ending his ship rotation. We spent the few days we had taking in the vastness of the city. With a side-by-side comparison of the two cities, I think I prefer Hong Kong more, but there is also quite a nostalgic bias in my opinion. The most unfortunate part of visiting Tokyo in the time that I did was the transition from Gundam Front Tokyo to The Gundam Base Tokyo. I was able to visit GFT on the last day it was open, but all the merchandise was essentially sold out and the 1:1 scale RX-78-2 had already been dismantled. I guess this gives me incentive to return for the 1:1 scale Unicorn Gundam and the new merchandise in the re-branded store.

ZakuAurelius 50k Unicorn Contest: I had set the goal in 2017 to focus on quality over quantity -- rather than blowing through a bunch of straight builds for mediocre reviews, I wanted to follow through with fewer projects that involved more than just putting pieces together. Though I had a few builds in the beginning of the year, 2017 was another build-less summer. I made it a point over the fall to enter ZakuAurelius' contest and complete a build that had been in my backlog for some time now. 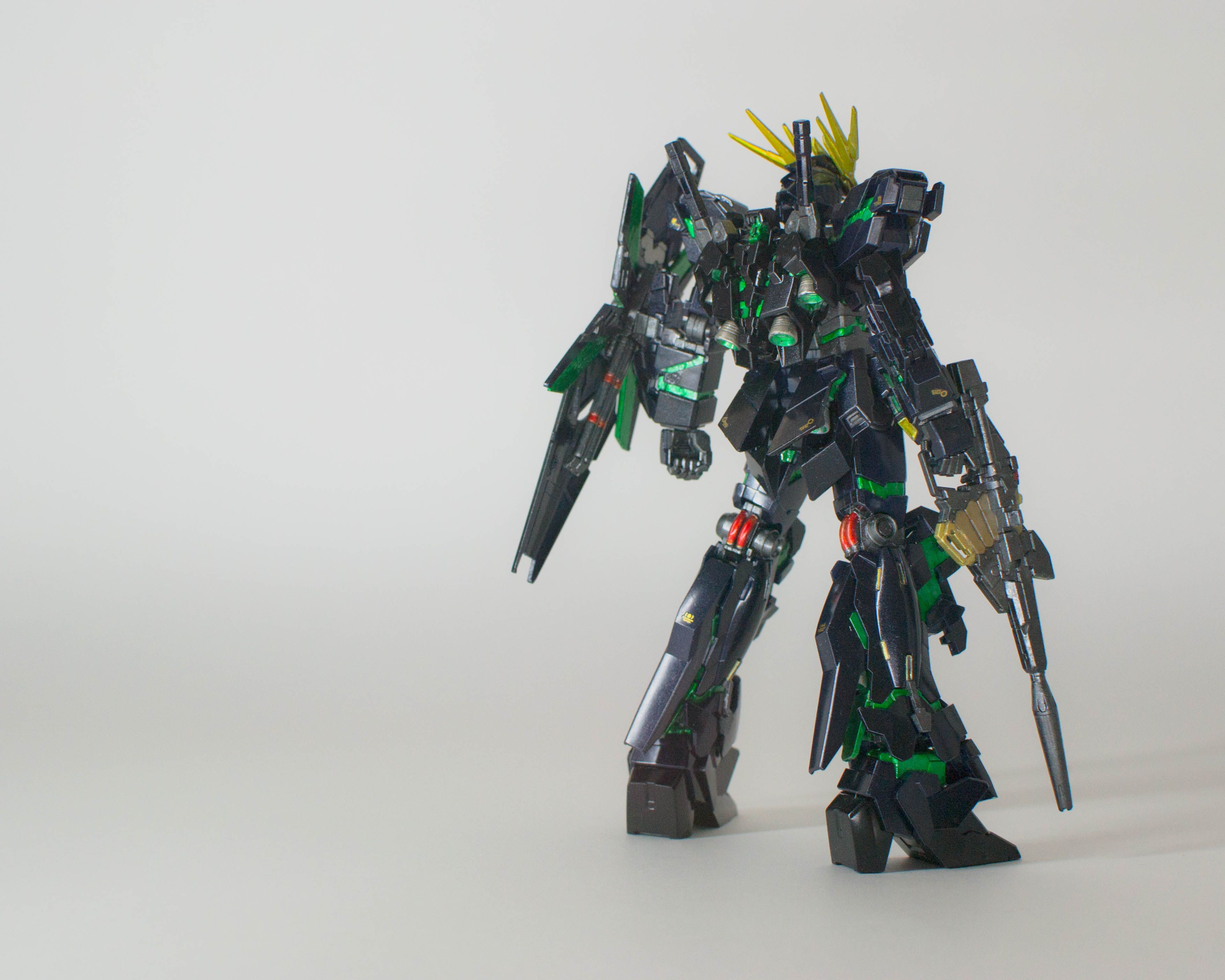 I've been trying to work at pacing myself, especially now that I have a job, but I'm still burning myself out. Even after this build, I started burning myself out again, attempting to pick up another project immediately afterward. Hopefully I can figure out my pace in 2018.

Hong Kong Round 2?
I found myself in Hong Kong again -- this time, my grandmother passed. I was even less connected to my grandmother, but family is family. Mind you, I am not one to travel, I prefer a relaxing staycation over planning out a trip, and exhausting myself through many hours of travel just to see a different part of the world. That said, family matters brought me to Hong Kong twice in one year and I was going to (try to) make the most of this rare opportunity.

After spending maybe a day bouncing between hobby stores making purchases for friends (and Secret Santa giftee), the rest of my time in Hong Kong (other than family-centric days) was spent on photography. I tried to find some of the most photogenic spots in Hong Kong (within reason) to practice my photography.

One thing I learned from my trip is that photography with friends is much more fun. Exploring a place solo is freeing and fun, but nothing beats being able to collaborate with someone while shooting on location.
Stealing from 4Gamer
Previous years, I made up my own questions or borrowed questions from reddit. This year, I am stealing from 4Gamer's questions to Atlus' staff (translated at Persona Central).

Among the games released in 2017, which were you the most impressed (or surprised) by?
Fire Emblem Heroes
I consider myself a casual fan of Fire Emblem (who happens to have purchased every special edition title for the 3DS and dropped at least 300 hours per game). While anticipating the release of Fire Emblem Echoes, Tales of Valentia, Fire Emblem Heroes released for Android and iOS. Since then I've been sinking too many hours into this mindless game.
What has impressed me about FEH is the staff's dedication to the game -- they started off slow, and after a couple months, I put the game down, but a few months later the staff picked up the pace in delivering content and I'm once again hooked on the game. I am impressed they heard the complaints of the community and have been refining and adding to the game.

What did you find to be the most impressive piece of entertainment released in 2017?
Bladerunner 2049
My mediocre words cannot do this movie justice. It takes film of 2017 for me, possibly film of this decade. It is not a perfect movie, but it adds to the Blade Runner franchise despite being made decades later (we know how that can turn out. Right, Ghost in the Shell?).

In 2017, which person did you personally have a focus on?
Peter McKinnon
I think I've mentioned this in my blog a few times -- in terms of hobbies, photography comes first, then scale models (specifically Gunpla). Peter is an inspirational Youtuber. It's not the locations he shoots in, it's not the people he meets, and it's not the equipment he flaunts. His passion for his craft and his passion to share his passion is inspirational. Every time I watch his videos, the urge to just run out with my equipment to shoot grows. Thanks, Peter, for a inspiring 2017!

What resolution do you have for 2018, and can you share a message with 4Gamer readers?
Last year I aimed to finished some projects that have been put on the back burner. None of them were completed. This year, though I want to get to them, I have a different goal. I've been working at this hobby to the point of burning out every time I touch a kit. It's unhealthy. 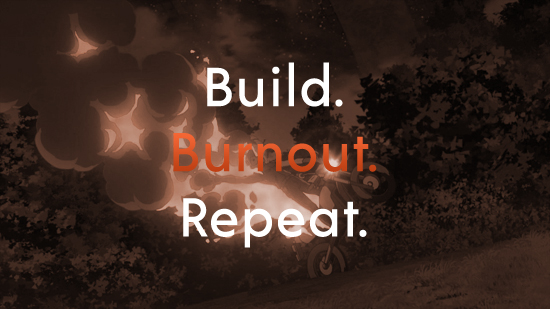 I want to continue to learn pacing in this hobby so I can work on more during the year. To start off, I think I'm going to join that Gunpla Builders Association grunt contest. Hopefully, in learning to pace myself, I can get to the back burner projects and get something done for a change.
I believe that covers everything I wanted to write about in 2017. It has been a year. Thanks for sticking with the blog. If you're interested in the day to day and unrelated, consider following me on Instagram. Until next time, may your cuts ever be so clean in 2018. Cheers, friend!
Posted by Unknown at 10:50 PM