The last time I posted one of these was for 2014 (posted in 2015). Though I attempted to write a similar article for 2015, nothing was ever posted (just like that MG RX-78-02 review I was supposed to do). Nevertheless, here we are at the beginning of 2017 looking back and looking ahead. After nearly three years of this blog, I still have no idea who actually reads this stuff, so if you are one of those readers, thanks for stopping by, once again, for my inconsistent, rare moments of... 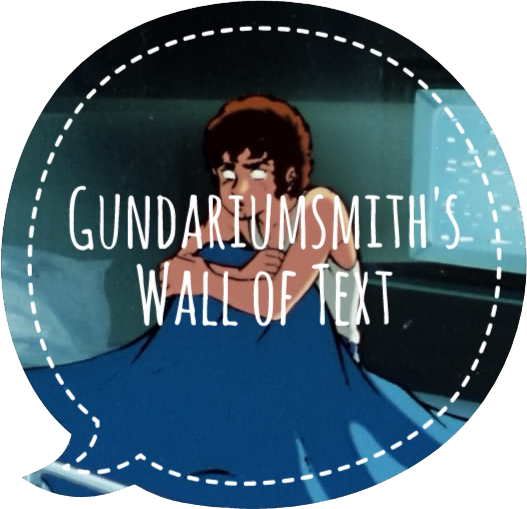 It has never been a better time to be a fan of Gundam (from the American perspective). Anime from the franchise is more readily available than ever before with multiple series airing at once. Merchandise can be purchased in big name chain stores and on the web, and soon enough, if everything goes right, we'll have access to Premium Bandai (if you haven't filled out the survey, WHAT ARE YOU WAITING FOR!?). With Bandai looking to the west to expand their market and companies like Bluefin expanding the market of collectibles, I hope to see better access to this hobby in the near future!
Personally, 2016 has been a year of changes. The biggest change was getting a job (based on what I studied in college). The previous years of this blog were fueled by a drive to create, funded by whatever I could scrape up (or generous "gifts" from my brother), and made possible with gratuitous amounts of time. I tried to make the most of every purchase, thinking about what I could make with the materials on hand. With the influx of money from this job, purchasing any High Grade kit was no issue to me. Unfortunately, the job also meant a lot of my energy is spent there instead of this hobby. This is the obvious and logical way of life, but it's one thing to talk about the change and experiencing the change. Having to manage time between work, play, and other responsibilities, has been quite a change in pace. Finding a good cadence between all of the things I want or need to do has been a challenge. Because of this change, I wanted to find a way to continue connecting with the community without the need of writing and photographing in such detail.
My best answer was Instagram: this was another big change. Obviously not as big as a job, but it changed how I thought about Gundariumsmith as a blog. With two apology posts between April and July, I felt the need to change the pace as I started a new chapter in my life. In addition, I wanted to continue working on my hobby in photography, something I, to be honest, have more interest in than scale models. With Instagram, just as I explained back in July, I had two goals in mind,

I also felt more free to share beyond the Gundam franchise on Instagram. I was planning on expanding here on Blogger, but only if the subject remained within scale models. If I had better access to an airbrush (hopefully I can figure out an old one I inherited...or I should just throw money at a new one), I probably would have finished off the AE86 I purchased back in 2009 and shared that on this blog. Nevertheless, Instagram gave me more flexibility in what I shared and how often I shared (relative to the format of this blog).
Speaking of photography, the last big change of this year is my equipment. After a decade of photography, I was finally willing to drop money on a DSLR. Granted, I was also blessed to stumble upon a used Nikon D3100 a friend was trying to sell. With the new job, I was waiting for a sale somewhere for a 3000 series Nikon, 300-350 USD was my goal, but with this second hand D3100, I spent 100 (then spent another 170 on a non-kit lens). After a few opportunities to shoot with this camera, I began to see the power difference between my previous cameras and this beast of opportunity DSLR. Though I am still proud of what I was able to accomplish with lesser technology, I am happy to be able to push my ongoing journey of photography to greater heights.

Reflecting on these changes on my life and this blog, I was thinking about my blog's purpose. The premise of this blog, outlined in the About section, hasn't changed since the start,

You will find nothing special on this blog: just an account of an average guy, and his wishful thoughts, trying to put the pieces together. Updates are sparse with little content, and modeling skills are mediocre at best. Photography is done with an average point and shoot camera in a DIY light box.

Despite this paragraph staying the same, my short term goals in terms of what I write about in each article has been quite inconsistent. As I gain more experience in building and exposure to kits, my views change and so do the articles. There's nothing wrong with that, but I think I need to realign my goals for this blog: I need to take a break. 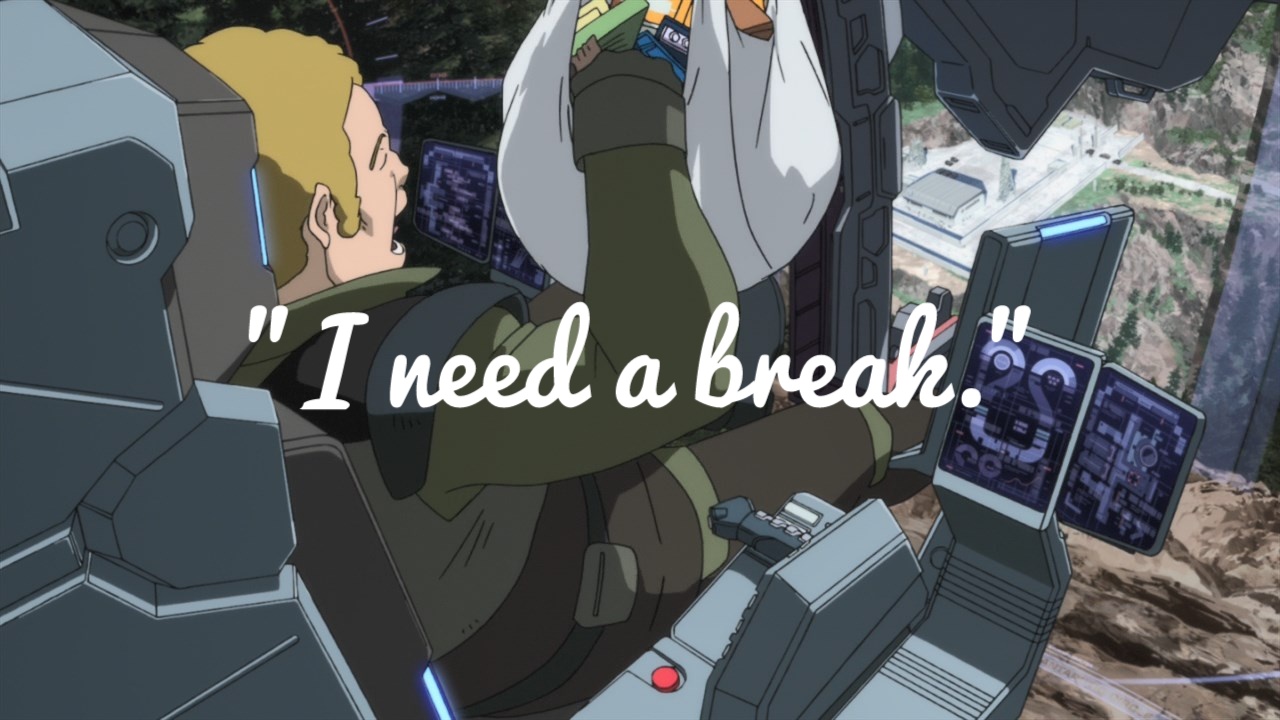 I don't mean take a break from the hobby, but to step back from the blog to think about what my goals are. I want to think about the content I produce, and ways to improve the format. I know one of the major questions I'm asking myself is how I can improve on the Quick Reviews - My original goal of doing the Quick Reviews and photographing kits was to document the kits I have and organize my thoughts on custom projects. However the Quick Review format does not really help any readers nor is it easy for me to update the database.
In the end the questions I want to ask (based on thoughts from an inspiring Youtuber reflecting on his recent success) is "How do I make my content unique enough to provide value?" Between dalong.net and Zakuaurelius (and the two 'r's two 'b's before him) the "market" for reviewers is quite saturated. So what can I do to provide "value" beyond what already exists? This is what I want to think about rather than chugging along with the regular format.

I also do not mean I am abandoning this blog! I will still post any custom projects/group builds I participate in, so between the less frequent posts and Instagram, I should still be active enough. It's mainly the Quick Reviews that I want to overhaul in the coming year. I apologize if any of you look forward to those articles.
Rather than ending on the rant wall, let's go through the questions PerfectGradeMod has posted on r/gunpla!

How many kits did you buy?
I've lost count. I usually have a decent log on my blog, but I have not been doing a good job keeping that up to date. For sure the number is well over ten kits (not counting the kits that have been gifted to me or given away).

How many kits did you build? (link a gallery if you have one!)
Nine, maybe? For the previous two years, I had between 15+ kits per year. Other than the burst of kits I built in the winter of 2015, there were large portions of time I had not been building.


What releases are you looking forward to/hoping for next year?
I am interested in how the MG Ver.Ka ZZ Gundam will look. Though I am not fond of the design (nor the anime), I am interested in what kind of details/changes Katoki and the team will engineer into the updated design. From the ZZ Gundam, I would like to see two spin-off kits come from this Ver.Ka,

With the 30 year anniversary of Mobile Suit ZZ Gundam as a thing in Japan, I am expecting to see more kits from that series, whether it be MG or HGUC. A few kit's I'd expect/want to see are,

Do you have any Gunpla goals for 2017?
Other than the goal(s) mentioned above, I need to sort through the backlog of snap-togethers and separate between dead end projects and back burner projects. I don't know the fate of the dead ends, but I know I want to truly finish off some of these half-finished projects I have. To me, a backlog of untouched kits are okay - I can easily share my hobby whether it be giving it away or building with friends, but the half-finished projects serve no purpose and take up space. I don't need that right now.

A few projects in particular are on my mind

I really should get an airbrush setup soon.
That should cover all I wanted to blog about. I hope you got an insight on my thoughts about this blog, the hobby, and what lies ahead. Until we meet again, whether it be Reddit, Instagram, or this blog, may 2017 bring you opportunities to enjoy life and grow. This has been Gundariumsmith, may your cuts be ever clean!
Posted by Unknown at 6:45 PM